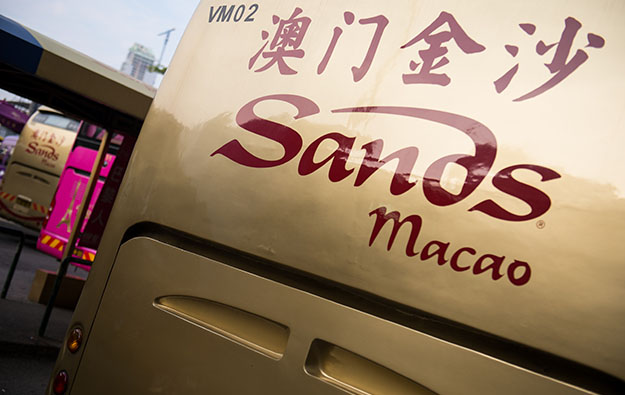 Robert Goldstein, the boss of casino group Las Vegas Sands Corp, says the retreat of junket operations in Macau is an opportunity for the firm’s subsidiary Sands China Ltd to boost its margins in the casino business. The company could now relocate gaming space previously allocated to VIP gaming to serve other needs.

The group is “happy to have it back,” the executive said, referring to the VIP space.

His comments were during a conference call on Wednesday with investment analysts, after Las Vegas Sands announced its second quarter results.

Mr Goldstein, chairman and chief executive of Las Vegas Sands, said: “The junket business – we always knew it – is a margin challenged business. I feel grateful we have all this new space coming back to us that we can redeploy.”

He added: “I think it adds all kinds of premium opportunities for base mass, premium mass and direct premium as well. To me, it’s a very valuable transition to a higher focus margin business”.

Junket operations have historically played an important role in gaming jurisdictions in the Asia-Pacific region, particularly in Macau. But Macau’s VIP gambling trade has seen a decline in business in recent years, coupled with tightened supervision from authorities in Macau and mainland China.

The Macau decline of the VIP segment accelerated with the November detention of Alvin Chau Cheok Wa, on suspicion of promoting cross-border gambling overseas to mainland China customers, and the cessation of business at his junket brand Suncity Group.

In January this year, the Macau VIP trade saw the arrest of Levo Chan Weng Lin, boss of junket brand Tak Chun, on suspicion of being a triad leader.

Announcements in December 2021 by Macau casino operators that many junkets had ceased operations at their properties subsequently had an effect on GGR performance, according to a number of investment analysts.

“We are grateful for the clarity from the government,” he said. “The process is moving very well. And I think a lot of concerns that some people had have been eliminated.”

Earlier this month, the Macau government unveiled the general criteria for the fresh public tender for Macau gaming rights. There is still no timetable for the actual tender.

Members of Macau’s Legislative Assembly approved late last month a government-backed bill to revise the city’s gaming law. The amendment bill says that up to six new concessions will be permitted, for a maximum term of 10 years.

Macau’s six casino operators each signed on June 23 a circa six-month extension to their respective gaming contracts, to December 31. The licences had been due to expire on June 26, but were extended as the Macau authorities work to prepare the new public tender.

“I think all the operators are pleased how this is playing out,” Mr Goldstein said in his Wednesday comments. We’re hoping for a positive conclusion. I think a lot of the fears have been erased.”

Management did not provide much detail on the conference call regarding Sands China’s second-quarter performance. During that period, the city faced several travel restrictions linked to Covid-19 outbreaks in mainland China, Macau’s main feeder market for visitors and gamblers. Since June 18, Macau has faced its largest community outbreak of Covid-19 since the start of the pandemic.

Most of Las Vegas Sands’ conference call on its second quarter results was about the performance of the firm’s Marina Bay Sands casino resort in Singapore. “The story for us is this land-based recovery which we’re feeling in Singapore,” Mr Goldstein stated. “We are pleased to be back in a strong position in Singapore.”

The executive said the property was recording growth in both the base mass and premium mass gaming segments. He added that firm expected business activity to benefit from an increase in air traffic to the city, as current traffic levels were still at just around half of those recorded prior to the Covid-19 pandemic.

Mr Goldstein stated that, while occupancy rates at Marina Bay Sands were high, several high-end hotels in Singapore were still ramping up business. As that took place, it was expected that the property would benefit from a spillover effect in terms of impact in gaming and non-gaming revenue.

In other comments during the conference call, management at Las Vegas Sands also dismissed interest in pursuing eventual merger or acquisition (M&A) opportunities. “We’re not an M&A driven business,” said Patrick Dummont, company president and chief operating officer. “Our priorities are going to be look for new markets, develop, build and scale, and invest over the long-term to create sustainable and durable returns.”

The imminent return of package tours from mainland China will not only help boost Macau’s tourism businesses, but is also expected to help casinos gain more foot traffic in their mass gaming... END_OF_DOCUMENT_TOKEN_TO_BE_REPLACED