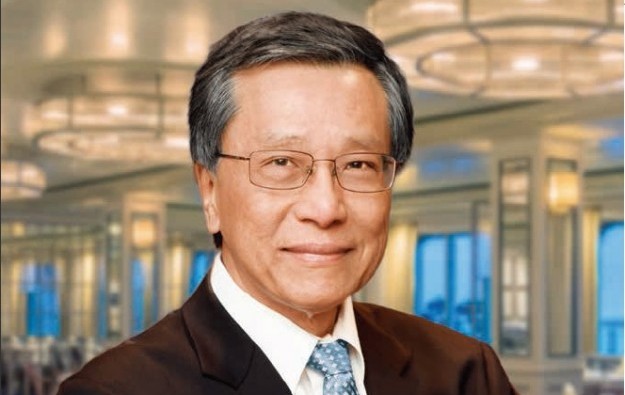 The emergence of a Macau-registered entity linked to Genting Malaysia Bhd as a seventh contender for only six new 10-year Macau gaming concessions on offer was a surprise for some in the industry, and a tough fight for the outsider to win, says a number of industry commentators.

Genting Malaysia, an international casino operator founded by the family of Lim Kok Thay (pictured in a file photo), confirmed the link with Macau bidder GMM Ltd in a Thursday filing to Bursa Malaysia after trading hours. GMM is up against the bids made by the six incumbent gaming operators. The bids will be opened on Friday (September 16).

Genting Malaysia – which has a casino monopoly in its home market via the Resorts World Genting complex, and also runs casinos in the United States, the Bahamas, the United Kingdom and Egypt – described GMM as an indirect subsidiary. The Genting group also operates a casino resort in Singapore, via Genting Singapore Ltd.

Genting Malaysia said participation in the Macau concession process presented “an opportunity” for the firm “to expand its business in the leisure and hospitality sector, diversify its geographical footprint and participate in the recovery prospects of the Macau SAR gaming segment.”

GMM’s entry to the Macau race was a “negative surprise” for the current market participants, said brokerage Morgan Stanley Asia Ltd in a Wednesday note.

It “adds uncertainty and could provide more bargaining power to the [Macau] government in the negotiations over the next two months,” wrote Morgan Stanley analysts Praveen Choudhary and Gareth Leung, referring to the assessment period for the bids. New concessions are likely to start on January 1, 2023.

“Macau may prefer the incumbents for their track record in helping local employment but Genting group has surprised the market previously by winning New York City and Singapore competitive bids,” the Morgan Stanley analysts stated.

But they noted that the Genting group itself “may have liquidity constraints due to liquidation of the [Genting Hong Kong Ltd] cruise business in the near term,” although Genting group’s Singapore subsidiary, operator of the Resorts World Sentosa casino complex in that city-state, enjoyed a “net cash position”.

Ben Lee, managing partner at IGamiX Management and Consulting Ltd, said Genting’s enthusiasm for Macau should not be a surprise to anyone following the land-based casino sector.

“Macau is the only major gaming market” where the Genting companies “do not have a presence,” Mr Lee suggested to GGRAsia. Genting did make a submission in the Macau concession tender that took place at the turn of the current century, but was not selected.

A Genting-related business called Treasure Island Entertainment Complex Ltd, a Macau-registered firm, had more recently planned to develop a hotel near to the old Lisboa Hotel, but Genting Hong Kong confirmed in early 2021 the selling-off of some interest in the scheme, though the project was “always their bet on Macau,” Mr Lee suggested.

He stated: “There would have been no viable reason for Genting to invest in a pure hotel operation in Macau.”

Nonetheless, there had been no statement from the Macau government that it would ever have been feasible to have a casino run on that site.

Mr Tash told GGRAsia that unless GMM Ltd were “under the impression that they would take over one of the current six gaming operators through their forced exit and/or sale, they would have to secure a large plot of land and spend US$5 billion to build an IR [integrated resort]. This would take three to four years, eating into their 10-year gaming licence.”

Citi’s Mr Choi wrote in a Wednesday note of the “surprise seventh bidder”. He stated: “Genting group has its own strengths, but we don’t think it offers any unique attributes that would persuade authorities to make a change. We believe officials will prioritise the best interests of Macau’s public finances, suggesting they won’t allow an IR to be run by two separate operators for gaming and non-gaming.”

“Macau could take back gaming licences from incumbents upon expiry. However, there is no clause in any of the land-use rights agreements for the existing IRs (with expiry dates going beyond 2030) that would trigger a transfer of non-gaming assets to the government upon licence termination,” noted Mr Choi in his memo.

Under Macau’s gaming law, the gaming assets of a casino premises are, however, revertible to the Macau government upon the expiry of a concession term.

Some lukewarm, some enthusiastic

“Could a scenario appear in which Macau awards a gaming licence to GMM, while the non-gaming businesses at that IR (hotels, malls, entertainment) remain with an incumbent? We think such a combo would prove extremely difficult to operate… and is thus unlikely,” remarked the Citi analyst.

In a Thursday note, Maybank Investment Bank Bhd said it was “lukewarm” on the Genting group’s founding family contending for Macau gaming rights.

“China’s zero Covid policy has hit Macau hard relative to Genting Malaysia’s existing operations in Malaysia and the West. That said, our view may change drastically for the better should China lift its zero Covid policy. In any case, it is early days yet,” wrote Maybank analyst Samuel Yin Shao Yang in the Thursday note.

But Mr Lee of IGamix was more upbeat on Lim family prospects, especially in the context of the Macau government’s desire to add more non-gaming elements to Macau’s tourism market.

He told GGRAsia that the Genting empire had an “unrivalled background” in theme park business, with operations at Resorts World Genting, in Malaysia, and at Resorts World Sentosa in Singapore.

He added the brand’s integrated resorts were “all over the world, including New York and Las Vegas,” in the U.S. But he thought “the most important element” would be the group’s “unmatched Asian VIP database”.

Mr Lee stated that with the international experience and a casino cruise business still being run by interests linked to Mr Lim himself, “no operator in Macau” would have “this treasure trove” of experience: something that “in the light of Macau’s latest attempt to diversify” from dependence on the mainland China consumer market, “would be a killer advantage”.

Macau’s casino gross gaming revenue (GGR) for the first five days of February is estimated at MOP1.9 billion (US$235.1 million) – or MOP380 million per day – a level that suggests a “45... END_OF_DOCUMENT_TOKEN_TO_BE_REPLACED