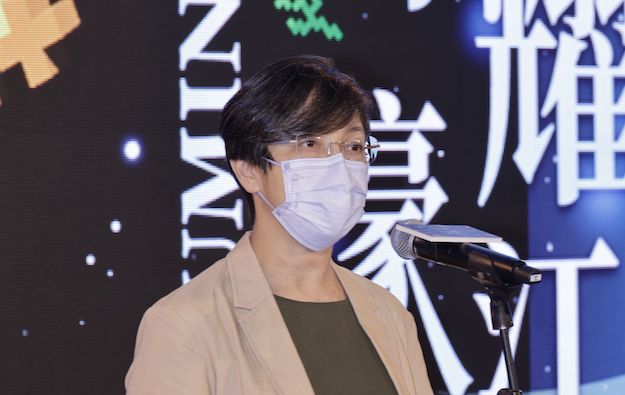 Macau aims to achieve around four times the number of daily visitors next year that it had been managing recently, said on Thursday Maria Helena de Senna Fernandes, director of Macao Government Tourism Office (MGTO).

Although the daily average recently had been 10,000 – from December 20 to 27, it was as low as circa 8,100 per day – Ms Senna Fernandes (pictured in a file photo) said that with the receding of the city’s “worst” wave of Covid-19 infection since the pandemic crisis began three years ago, Macau should be able to achieve a daily average of 40,000 arrivals.

That was “the target that we have set for ourselves for 2023,” she said as cited by local media.

A 40,000-per-day figure had been mentioned in September as an aspiration by Macau’s Chief Executive, Ho Iat Seng. It was at the time the city’s government announced some easing arrangements agreed by the mainland authorities regarding resumption of online applications for exit visas for mainlanders to visit Macau.

Macau has been gradually dropping the final vestiges of the three-year ‘zero-Covid’ policy applicable across China – such as quarantines on arrival for non-mainland arrivals, and extensive screening either via nucleic acid test or rapid antigen test.

Macau had nonetheless latterly maintained the need for self-management of health for arrivals from Hong Kong, Taiwan or overseas, and use of digital health codes for visiting certain venues.

In the other direction, Hong Kong – in pre-pandemic times a major source market for tourists to Macau – announced on Wednesday an end to on-arrival and post-arrival screening for Covid-19 infection via polymerase chain reaction (PCR) tests.

Nonetheless, inbound travellers to Hong Kong – even under the updated rules – still need to take either a PCR test or a rapid antigen test (RAT) before setting out for Hong Kong. All those arriving in the city are also advised to take RATs for their first six days in Hong Kong.

In her Thursday comments, the MGTO boss said Macau had this week received a group of tourists from Hong Kong, which she described as a “good sign”.

She added that MGTO was also planning promotional work in overseas markets including Thailand, Japan, and South Korea, and aimed to re-establish business relationships with tourism companies overseas.

International casino operator Las Vegas Sands Corp has been ranked as the most sustainable firm in the global casino sector, according to the 2023 edition of the S&P Global Sustainability... END_OF_DOCUMENT_TOKEN_TO_BE_REPLACED