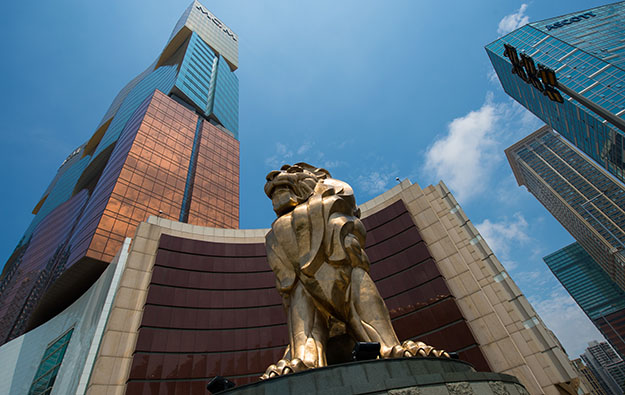 Mr Wang said the firm – which runs the MGM Macau (pictured) and MGM Cotai gaming resorts in that market – was working towards meeting Macau’s September 14 deadline for submissions on a gaming rights new tender, which will see up to six, 10-year licences issued, with the permits likely to start in January 2023.

“The [Macau] government does focus on overseas markets, so this is where MGM has a lot of strengths with its global distribution network, so we’ll be able to focus on that,” stated Mr Wang.

He was speaking on Wednesday on the parent MGM Resorts International’s second-quarter earnings call.

The MGM China COO added regarding the Macau government’s requirements under the fresh tender: “There are a lot of requirements… on the non-gaming side as well.

“So we will leverage out of our traditional strengths in arts and culture,” to deliver “the non-gaming diversification that the government is asking for,” stated Mr Wang.

His boss Bill Hornbuckle, chief executive and president of MGM Resorts, mentioned on the call the “challenge” of operating and bidding in a Macau environment where Covid-19 restrictions were currently a factor.

In the second quarter, MGM China had a HKD382.4 million (US$48.7 million) loss on earnings before interest, taxation, depreciation and amortisation (EBITDA) – amid ongoing constraints on inbound tourism to Macau – versus positive EBITDA of nearly HKD116.0 million in the prior-year quarter.

Referring to the length of the new concessions, Mr Hornbuckle noted: “A 10-year window presents some challenges when you think about we’re still in the midst of Covid.”

He added: “There’s a lot of things that the government wants around social programming, employment, job opportunities and other things that we are going to dig heavily into.”

The group CEO indicated that Macau’s desire to become a hub for spectator sports and entertainment would play to the MGM Resorts’ strengths in existing markets such as Las Vegas in the United States.

He said, regarding reconfiguring the firm’s existing Macau business and facilities: “There are a lot of things around programming in existing square footage… as we de-lever out of junkets and into really more mass gaming – around experiences, around culture, around event activity and ultimately there’s a big push on – which plays to our bailiwick [strength] – in sports.”

“We continue to make progress on bringing the MGM brand family to Dubai,” he said. The executive stated that the firm was working with a partner on a management project for a non-gaming integrated resort there.

He added: “The project has broken ground,” and noted “we will watch with great interest what does or doesn’t happen around gaming, hopefully in the near future.”

One of MGM Resorts’ Macau market rivals, Wynn Resorts Ltd, recently announced a management deal on a gaming resort in part of the United Arab Emirates that does allow casino business.

Both Mr Hornbuckle and his chief financial officer, Jonathan Halkyard, declined to comment on a recent report about possible MGM Resorts’ interest in investment in the Genting group’s Singapore gaming business, where Genting Singapore Ltd is one half of a duopoly.

Though Mr Hornbuckle did say – when asked about other markets in Asia aside from Japan, where the firm is a front runner for a casino licence in Osaka and anticipates a decision  this autumn from the Japanese government – the MGM group was “watching what happens in Thailand, or anywhere else for that matter”.

The imminent return of package tours from mainland China will not only help boost Macau’s tourism businesses, but is also expected to help casinos gain more foot traffic in their mass gaming... END_OF_DOCUMENT_TOKEN_TO_BE_REPLACED