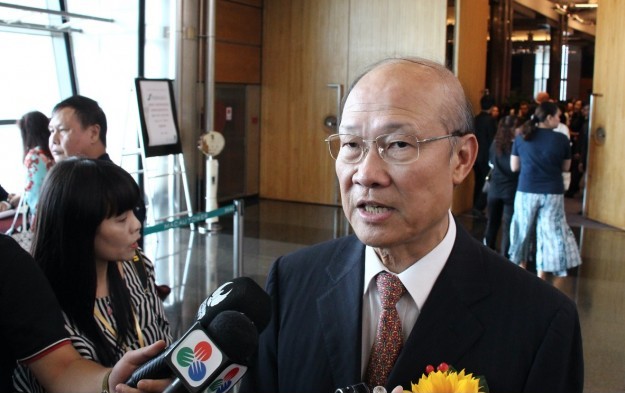 Ambrose So Shu Fai (pictured in file photo), vice-chairman and chief executive of Macau casino operator SJM Holdings Ltd, says he believes Macau “will be very successful” in attracting visitors from abroad, as the city started to ease some of its Covid-19 policies.

“Macau is a tourism destination … so, we hope there will be more relaxation [of existing Covid policies] and that more visitors will come to Macau,” Mr So said in comments on Tuesday to Radio Macau, the Portuguese-language radio service of public broadcaster TDM.

The SJM Holdings CEO acknowledged that a quarantine-on-arrival policy in Macau – mostly for those coming directly from outside China – had been having an “impact” on the city’s casino revenue. “With the relaxation of the quarantine policy, in mainland China, Hong Kong and Macau, we expect more people will come, especially foreign visitors,” he stated in his remarks to the media outlet.

He added: “The Macau government is also encouraging all the concessionaires to make their best efforts to attract those visitors coming from abroad.”

Last week, the local authorities said that coincidental to the pending new 10-year concessions, Macau was to create distinct zones on its casino floors and designated gambling chips that will be solely for the use of players from overseas. The moves will be part of a new gaming tax system to come into effect from January 1, aligning with the start of those fresh concessions.

Asked if it would be easy for the SJM group to create such zones in its properties, Mr So said: “I think it will be”.

The executive noted that visitors from mainland China had in the past been the “main support” for the city’s casinos, but that before the mainland market was “open to Macau”, the city “had been a very attractive place for people from Southeast Asia”.

“With the relaxation [of Covid measures], I think we will be very successful in attracting foreign visitors,” he stated.

The Macau government is set to sign on Friday afternoon new, 10-year contracts with all the city’s current casino concessionaires, GGRAsia has learnt. The new concessions, which had been provisionally granted in late November to the six incumbent operators, will take effect on January 1 next year.

On Tuesday, SJM Holdings confirmed in a filing to the Hong Kong Stock Exchange that it had completed the previously-announced capital restructuring of SJM Resorts Ltd, the entity that holds a current Macau gaming concession. The overall change in capital structure was to increase SJM Resorts’ share capital to MOP5.0 billion (US$624.1 million) from MOP300 million, as part of a fresh gaming concession starting on January 1 next year.

SJM Resorts has also increased the portion of its ‘Type B’ shares from 10 percent to 15 percent, with such stake now controlled by Daisy Ho Chiu Fung, managing director of SJM Resorts.

International casino operator Las Vegas Sands Corp has been ranked as the most sustainable firm in the global casino sector, according to the 2023 edition of the S&P Global Sustainability... END_OF_DOCUMENT_TOKEN_TO_BE_REPLACED