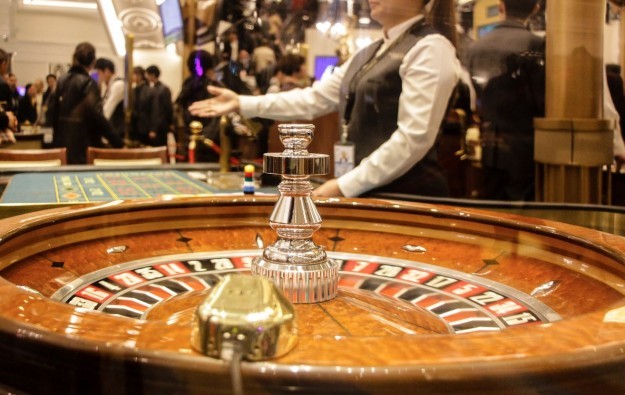 Macau’s six casino operators will have to increase their pledged non-gaming investment for the next decade by as much as 20 percent if citywide annual gross gaming revenue (GGR) reaches MOP180 billion (US$22.39 billion). That is according to information disclosed by each of the companies via filings to the Hong Kong Stock Exchange.

Under their new 10-year concessions, due to start on January 1, the Macau operators have as a whole pledged to the government to spend in aggregate MOP108.7 billion on non-gaming and exploring overseas-customer markets.

According to information disclosed over the weekend by each of the six casino operators – Galaxy Entertainment Group Ltd, Melco International Development Ltd (parent of Melco Resorts and Entertainment Ltd), MGM China Holdings Ltd, Sands China Ltd, SJM Holdings Ltd, and Wynn Macau Ltd – each firm will be required by the Macau government to increase its respective investment in non-gaming projects by up to 20 percent in the following year if citywide annual GGR achieves or exceeds MOP180 billion.

If the Macau market hits the MOP180-billion mark by 2027, the increase in non-gaming spend will have to be at least 20 percent.

If the MOP180-billion target is only achieved in 2032 – the final year of the new concessions – no additional non-gaming investment would be required.

According to information disclosed to the Hong Kong bourse, Galaxy Entertainment has committed to invest MOP28.35 billion over the course of its new 10-year concession. The figure includes MOP27.45 billion on non-gaming investment.

Melco Resorts has undertaken to invest MOP11.82 billion overall, of which MOP10.00 billion will be applied to non-gaming related projects.

In the case of MGM China, the overall pledged investment for the next 10 years is MOP16.70 billion, of which MOP15.00 billion will be directed to non-gaming projects.

Sands China has pledged a total investment of MOP30.24 billion over the course of the next 10 years, including MOP27.8 billion (approximately US$3.5 billion) on non-gaming projects.

As for SJM Holdings, it has committed to invest an aggregate of MOP14.03 billion during the lifespan of its new concession. That includes a non-gaming investment of MOP12.00 billion.

Wynn Macau Ltd has made a commitment to invest MOP17.73 billion in the Macau market between 2023 and 2032. Of the amount, MOP16.50 billion will be used for non-gaming projects.

Each operator has also confirmed it will have to pay a fixed annual premium of MOP30 million to the Macau government.

For each operator, the variable premium payable each year shall not be less than that for 500 gaming tables and 1,000 gaming machines.

A special premium will be payable if the annual gaming revenue generated from each gaming table and gaming machine is less than MOP7 million (approximately HK$6.8 million) and MOP300,000 (approximately HK$291,000), respectively.

Operators will also be subject to a special gaming tax of 35 percent over GGR, plus special levies equivalent to up to 5 percent of GGR.

The special levies may be reduced under a new gaming tax system to come into effect from January 1, aligning with the start of those fresh concessions. Such exemption will only be applicable to GGR generated by foreigner patrons, namely people from outside either mainland China, Macau, Hong Kong, or Taiwan.

As per their respective filings to the Hong Kong bourse, Galaxy Entertainment has been permitted to operate 1,000 gaming tables and 1,700 gaming machines its new gaming concession due to start on January 1.

Wynn Macau Ltd was approved to operate a maximum of 570 gaming tables and 1,100 gaming machines.

The Macau government has set a minimum average annual gross gaming revenue of MOP7.0 million per gaming table and MOP300,000 per gaming machine. If operators fail to meet such target, they will still be required to pay the city’s government the shortfall in the gaming tax the authorities had expected to receive.

Some Macau casinos visited by GGRAsia on Thursday, actually had tables that were closed, notwithstanding strong consumer demand during Chinese New Year (CNY). The reasons for some tables being... END_OF_DOCUMENT_TOKEN_TO_BE_REPLACED