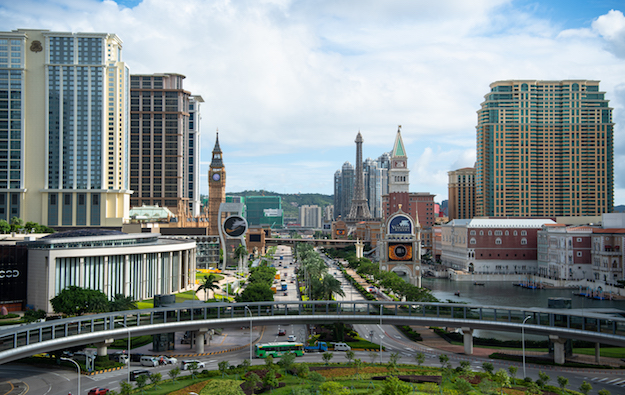 Non-gaming investment outlined by Macau’s six newly-reinstalled casino concessionaires should be helpful in “driving incremental” earnings before interest, taxation, depreciation and amortisation (EBITDA) in the “medium term”, says a brokerage. Some commentators spoken to by GGRAsia are more sceptical.

Even the more upbeat assessment, from JP Morgan Securities (Asia Pacific) Ltd, acknowledges it is “hard to ‘model’ these projects” in earnings terms “given lack of details”.

Nonetheless the institution’s analyst DS Kim said in a Sunday note: “We do believe these projects should collectively make Macau a more holistic and attractive tourist destination over time, in turn driving incremental EBITDA medium-term if we include indirect benefits on the gaming side.”

JP Morgan added: “These projects will generate additional revenues directly – non-gaming revenue – and indirectly – incremental gaming spend from additional visitors and longer stay – and could be net positive to EBITDA… although returns on investment in percentage terms will likely be much lower than those from existing projects.”

Under their new 10-year concessions, due to start on January 1, the Macau operators have as a whole pledged to the government to spend in aggregate MOP108.7 billion (nearly US$13.6 billion) on non-gaming and exploring overseas-customer markets.

Such spend might have to rise by up 20 percent collectively during the lifetime of the new concessions, if citywide annual gross gaming revenue (GGR) reaches MOP180 billion.

In a Monday memo, brokerage Morgan Stanley Asia Ltd noted that this requirement was “new to the market” and “could represent a much larger burden on free cash flow to equity (FCFE) and EBITDA” for some operators such as MGM China Holdings Ltd and SJM Holdings Ltd. Analysts Praveen Choudhary and Gareth Leung added that the MOP180-billion threshold was likely to be achieved considering 2019 mass GGR in Macau alone had already reached that figure, and “China discretionary retail values have stayed 20-percent-plus above 2019 levels”.

According to information disclosed at the weekend, over the life of the new concessions Galaxy Entertainment Group Ltd is for now pledged to invest at least MOP27.5 billion on non-gaming, including an amusement park.

Melco Resorts and Entertainment Ltd is to spend MOP10.0 billion on non-gaming, including a return in late 2024 for its hit show The House of Dancing Water.

MGM China is to spend MOP15.0 billion on non-gaming, including more international-standard entertainment shows to Macau, and more art-related projects.

Sands China Ltd is to invest MOP27.8 billion on non-gaming, including a glass conservatory at its Cotai garden.

Wynn Macau Ltd will inject MOP16.5 billion for expanding international markets and non-gaming investments, including a theatre and an interactive amusement centre.

Notwithstanding the plans for the new concessions as they launch in January, it could be “another quarter or two” before Macau is the beneficiary of pent-up consumer demand following easing of Covid-19 rules, said Colin Mansfield, of Fitch Ratings Inc.

“There’s going to be a little bit of economic uncertainty as the health situation in China unfolds, with the virus circulating a little bit more freely,” he told business news channel CNBC.

Two industry commentators expressed to GGRAsia reservations about the earnings potential of additional non-gaming in Macau.

“The concessionaires are all set up as gaming companies… the concessions they hold are for the conduct of casino games of chance,” industry consultant David Green told GGRAsia.

He added: “Aside from offerings arguably ancillary to gaming, such as entertainment, food and beverage and hotel accommodation, they have no track record to speak of with other types of non-gaming investment.”

Ben Lee, managing partner of IGamiX Management and Consulting Ltd, told GGRAsia: “The issue of ramping up non-gaming is going to be an interesting challenge” in the context of Macau’s labour-importation policies.

“Macau will have to somehow realign its local residents towards greater acceptance of foreign skills and expertise in the development of the new non-gaming amenities,” he added.

That was a reference to Macau’s policy aim of attracting more overseas visitors to the city via non-gaming as well as gaming offers. Within the period of the new concessions, overseas clients for gaming will be offered their own designated areas for gambling within casino floors. Their play might be subject to a tax rate lower than 40 percent of gross gaming revenue, though the operators will have to apply for that, according to information from the authorities.

Mr Green told GGRAsia, referring to meetings, incentives, conference and exhibition (MICE) business, which had been a feature of some Macau gaming resorts even before the Covid-19 pandemic: “MICE attractions have underperformed expectations, in part because there are other locations in the region which offer a better overall proposition for that sort of business, and can draw from a much broader section of the addressable market.”

Mr Green is founder of Newpage Consulting Ltd and a former gaming regulator in Australia. He is also a former adviser to the Macau government on gaming.

He also addressed the topic of whether the mainland authorities might use control of visas to visit Macau as a way of changing the demographic profile of Chinese consumers coming to the city.

He stated: “I think visa policy discouraging certain demographic groupings with a perceived higher propensity to gamble is happening anyway.

“I am not confident that Macau can reposition itself successfully as a must-visit for people with no more than a modest recreational interest in gambling: throwing money at everything but gaming does not ensure success.”

Some Macau casinos visited by GGRAsia on Thursday, actually had tables that were closed, notwithstanding strong consumer demand during Chinese New Year (CNY). The reasons for some tables being... END_OF_DOCUMENT_TOKEN_TO_BE_REPLACED