2022 action packed to the last for Asia casino sector 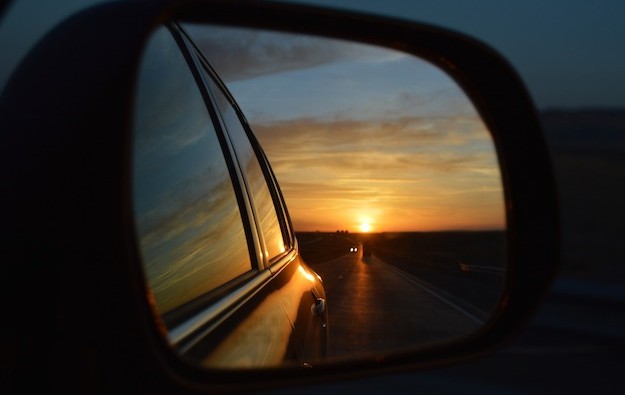 Macau stole the gaming industry headlines at the very tail of 2022, with the dropping of a nearly three-year ‘zero-Covid’ policy that had involved extensive testing and use of quarantine. The ending of such measures might herald greater tourism volume and some stable recovery in casino gross gaming revenue (GGR) for 2023, according to industry observers.

The ‘zero-Covid’ policy arguably even managed to overshadow two sets of events in 2022 that will affect the Macau industry for the coming 10 years: changes to Macau’s gaming law, passed in June, followed by other regulatory steps; and the award in late November of new 10-year concessions to the six incumbent casino operators.

The price of winning was a pledge to spend collectively MOP118.8 billion (US$14.8 billion) in the 10-year period, most of it on a mixture of developing customer markets outside China, and non-gaming activities.

But in the here and now, other Asia Pacific casino jurisdictions – notably the Philippines and Singapore – have been sailing on regardless of Macau’s recent Covid policy woes, buoyed by much earlier opening up to inbound travel.

In the Philippines, as early as March 2022, some large resort operators were reporting a return to 100-percent operating capacity for the first time since 2020. Strong domestic demand was also said to have compensated to some extent for an initial absence of foreign tourists.

A country report on Singapore issued in July by the International Monetary Fund (IMF) praised the city-state’s public-policy approach to the Covid-19 pandemic, which saw dividends in terms of returning tourists and increased play volume at the city’s two casino resorts.

The Philippines experienced in the course of 2022 the ramping up by bricks and mortar casinos – with policy support from the country’s regulator, the Philippine Amusement and Gaming Corp (Pagcor) – of online gambling serving domestic customers, a segment and licence format known as “PIGOs” – Philippine Inshore Gaming Operators.

In November, industry consultancy GCG Gaming Advisory Services Pty Ltd estimated the Philippine industry would generate overall 2022 GGR within the range “US$3.9 billion to US$4.0 billion”, putting it on a footing with Singapore.

“The initiation by Pagcor of remote gaming via PIGO inland licences has been a win for the industry,” Joe Pisano, founder and chief executive of Philippines-based casino equipment and gaming services supplier Jade Entertainment and Gaming Technologies Inc, told GGRAsia.

The Philippines gaming market had seen “sustained growth in 2022, and 2023 should see a boom year for both technology suppliers and operators,” added Mr Pisano. “We can expect the growth to continue over the next five years with many new developments.”

These included “two new properties in Clark,” and the “opening of Solaire North,” stated Mr Pisano. The latter was a reference to a new property from Bloomberry Resorts Corp at Quezon City near Manila, and due to see construction completed before the end of 2023.

Solaire North will be complementary to the existing Solaire Resort and Casino in Manila, and has the domestic-player market in mind, according to previous statements by the promoters.

Nonetheless, 2022 was further indication that public policy within China matters for the regional casino industry and its effort to draw wealthy Chinese tourists.

Praveen Choudhary, an analyst at Morgan Stanley Asia Ltd, said in August that the land-based Asia Pacific casino market had lost about 80 percent of its VIP gambling revenue since 2019. Much of the fall was due – according to the institution’s research – to the absence of Chinese high rollers. He made the remarks during a presentation at the Global Gaming Expo (G2E) Asia 2022 casino industry conference and trade show in Singapore, the first in-person version of a G2E Asia event since 2019.

Even mainland Chinese that might wish to take a punt on casino gambling via proxy betting from a land-based casino, or via live-streaming of table games from a dedicated broadcast studio, have faced resistance by the mainland authorities.

Places outside China that offer such services to offshore Chinese customers, have reportedly been in some cases subject to diplomatic pressure, with Beijing continuing to talk of whether some jurisdictions were or were not on “blacklists”.

“The People’s Republic of China is authoritarian; its leaders believe in social engineering,” said Nelson Rose, a United States-based gaming law scholar, in comments to GGRAsia. He publishes an online blog, called “Gambling and the Law”.

Mr Rose added, referring to public policy announcements and regulatory changes in 2022 relating to the Macau concession tender conducted this year: “It is now public policy to reduce the importance of gambling and to use gaming to promote economic diversification. Casino companies must contribute billions of dollars to Chinese projects that have nothing to do with gambling. And the operators are under pressure to get that money from tourists from outside China.”

Ben Lee, managing partner of IGamiX Management and Consulting Ltd, told GGRAsia, referring to Macau’s shorter-term goal of getting stability in tourist numbers from mainland China, and to the end of the zero-Covid policy: “Now China is finally relenting, the scene is set for a recovery, the extent of which will be dictated by the level of freedom of travel outside mainland borders, that China will grant its nationals”.

Industry consultant Andrew Klebanow, a principal at C3 Gaming Group, mentioned in his appraisal of 2022, the emergence again of Thailand as a possible pursuer of legalisation for casino business.

He told GGRAsia that while Japan’s “once-promising” casino industry liberalisation effort had “continued to languish in a sea of bureaucratic indecision and onerous regulations”, the Thai parliament had formed a committee to explore legalisation of casino gaming, with the committee then flagging the possibility of one gaming resort in each of five locations around the country.

“At those two countries’ present pace, gaming customers can expect to see casinos in Thailand up and running before anything opens up in Japan,” suggested Mr Klebanow.

Some Macau casinos visited by GGRAsia on Thursday, actually had tables that were closed, notwithstanding strong consumer demand during Chinese New Year (CNY). The reasons for some tables being... END_OF_DOCUMENT_TOKEN_TO_BE_REPLACED